St John Baptist de La Salle (April 30, 1651 – April 7, 1719) was a French priest, educational reformer, founder of the De La Salle Brothers over 300 years ago. De La Salle was canonised in 1900 and declared Patron Saint of Teachers in 1950. and is the patron saint of teachers. De La Salle dedicated much of his life to the education of poor children in France, and in doing so, he started many lasting educational practices.

De La Salle thereby began the order of Brothers. This has now grown into the Lasallian Network we know today, which consists of the following regions: Europe and the Mediterranean (RELEM), Pacific and Asia (PARC), Africa and Madagascar (RELAF), Latin America (RELAL) and North America (RELAN). The De La Salle Brothers were the first Roman Catholic teaching religious institute that did not include any priests.
Lasallian education enriches the whole person through teaching, technology and the development of the student’s cultural, intellectual, physical, social and spiritual well-being. Lasallian education centres on Catholic values and personal relationships, emphasising academic excellence, faith formation, inclusion, respect for the individual, service and social justice.

Today, the Brothers are present in over 80 countries, providing education at primary, second and third level to one million students.
​ 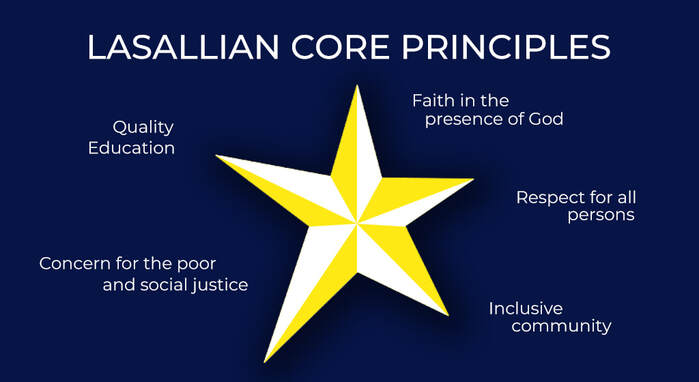